The outpouring of sadness and solidarity for the Muslim community in Quebec is heartening, but too many people are quick to blame Trump, as if Canada was somehow immune to the racism that he is institutionalizing in his own country. 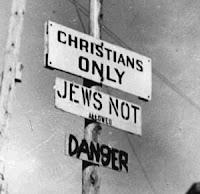 Have we already forgotten the despicable Charte that Pauline Marois championed to save Quebec from anything that didn't look Christian enough? It was just 4 years ago when that proposed piece of legislation emboldened too many to speak their racism aloud, to harass and attack anyone they felt looked too foreign. Even now, chapters of the despicable Sons of Odin walk the streets of Quebec city looking to oppress anyone who looks unfamiliar  (yes, I mentioning them very specifically and pointedly).

This year marks the 150th anniversary of a country that founded itself by using the religion of a foreign land to oppress and to attempt to eradicate the First Nations people. The last Indian residential school operated by the Canadian government was closed in 1996, only 20 years ago.

It's easy to blame Trump, an outsider, for bringing this tragedy to our homes, but he is just one of many who rile and legitimize an undercurrent of racism that has been constantly humming in our country for over 150 years. Marois did it, the Harper Government did it, and Ezra Levant continues to do it to get clicks and sell papers. Once Trump is gone, others will come to fan the flames to manipulate the people.

As an open and educated society, it does us no good to pretend that this came out of nowhere and wail "How can this happen in Quebec/Canada?" We need to be honest with ourselves and acknowledge that this kind of racism is not only a part of our history, but is also a living, pulsing fragment in our living, present culture. We can choose to stand against it, to support all of our brothers and sisters, and to move forward to embrace a positive, inclusive, multi-cultural society, but we can only do this by acknowledging that we all play a part in the inherent racism and bigotry that exists in our living culture.

I choose to stand against it, but my eyes are not shut to the inconvenient truths. Thanks be to friends Molly B. and Natalie H. for keeping my eyes open. #mosqueequebec #JeSuisQuebec
Posted by JD Hobbes at 5:19 AM No comments: 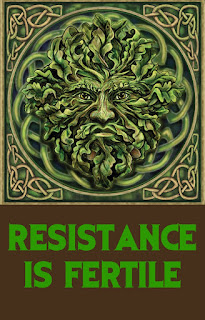 Reading the Social Media feeds, I'm seeing lots of fear, anger, and subsequent violence. In magical circles, I'm also seeing people demand that Trump be cursed magically and have some kind of ill-moment befall him (watch the skies for fallling pianos).

But quite frankly, lots of cursing and magical workings were going on during the election and they all seemed to fail. As much as I fear the next four years, this may be something that America needs to go through. Keeping a culture afraid for 15+ years (since 9/11) has consequences, and Mr. Trump being President is one of many consequences.

Right or wrong, the people put him there for a reason. It may have not have been the reason they expected, but it's lesson that will be taught (and learned, hopefully). After decades of deposing dictators in foreign lands, let's see how America deals with its own despots.

Rather than trying to get Mr. Trump out, this might be a good time to fix the system that put him in place (i.e. the demise of the Electoral College?). As revealed during his campaign, Mr. Trump does not follow the rules, which may then rupture the systems in place in a way that requires change and correction. It took the tragedy of the Titanic for ships to be required to have enough lifeboats for every passenger on the ship. From tragedy, good works can flourish. Lots of work to do in the next four years.

Going back to the point, if any magical workings are to be done, they should be made to support those who actively resist what is happening. Magic alone cannot bring about this kind of change. It requires boots on the ground, fists in the air, and voices in harmony. It requires physical presence, people getting their hands dirty, and physically working towards a better tomorrow. It needs people putting pressure on government, working with them to devise better solutions, demanding accountability when systems fail, and renewing the energy needed to demand positive change.

So be ready to get your boots and hands dirty, get on the phone to your reps, get yourself to the Statehouse to add your voice. But if you cannot do these things (your reasons are your own), send your magic to bolster those who can. Your magical workings should be directed to keeping these front-line people safe, allowing their efforts to be met with success, and to broadcast their message to bolster others. The magic could be used to awaken people's sense of compassion rather than give in to their fear (fear is definitely what caused this result).

Sure... it's not as sexy as cursing Mr. Trump himself, but it's a much more efficient and potentially effective use of energy. Support the people and they will bring about the change that's needed. Resistance is fertile, and from it, life will grow stronger.

There have been articles floating around on social media about how a bunch of witches are going to perform a magic spell to bind Donald Trump. Personally, I think this is a huge waste of misdirected energy. Although the Trump admin needs to be opposed, its the people who are on the front lines that needs to be bolstered and protected.

When I've seen people raise this point, the come-back is something like "Well I'm glad the witches in the UK didn't think like that when they performed their spell to bind and stop Hitler."

The power of that legend is compelling, but it's wrong.

In World War II, Dion Fortune gathered a group of witches to perform a war spell, that's true enough. But their focus wasn't on stopping or binding Hitler.

What they attempted to do (and succeeded) was to bolster the soldiers' resolve so that they could push through the horrors of the war and exhaust Hitler's forces, keeping him away from Britain. By raising magic, they seeded archetypal visions, invoked angelic protection, and upheld British morale under fire.

It was the unrelenting sacrifice of the Commonwealth pilots that kept Hitler away from Britain. The witches supported the troops and kept them from panicking under fire.

With that success in mind, this is why I think it would be a better use of magical energy to bolster the protesters and the front-liners to defeat the Trump administration and restore some sense of normalcy and respect to the world.

You can read more about the Magical Battle of Britain here. 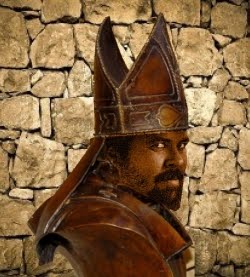